Don’t worry, I’m not going to post a massive, spoiler-y review. It’ll just be a few words to say how awesome I think this movie was! 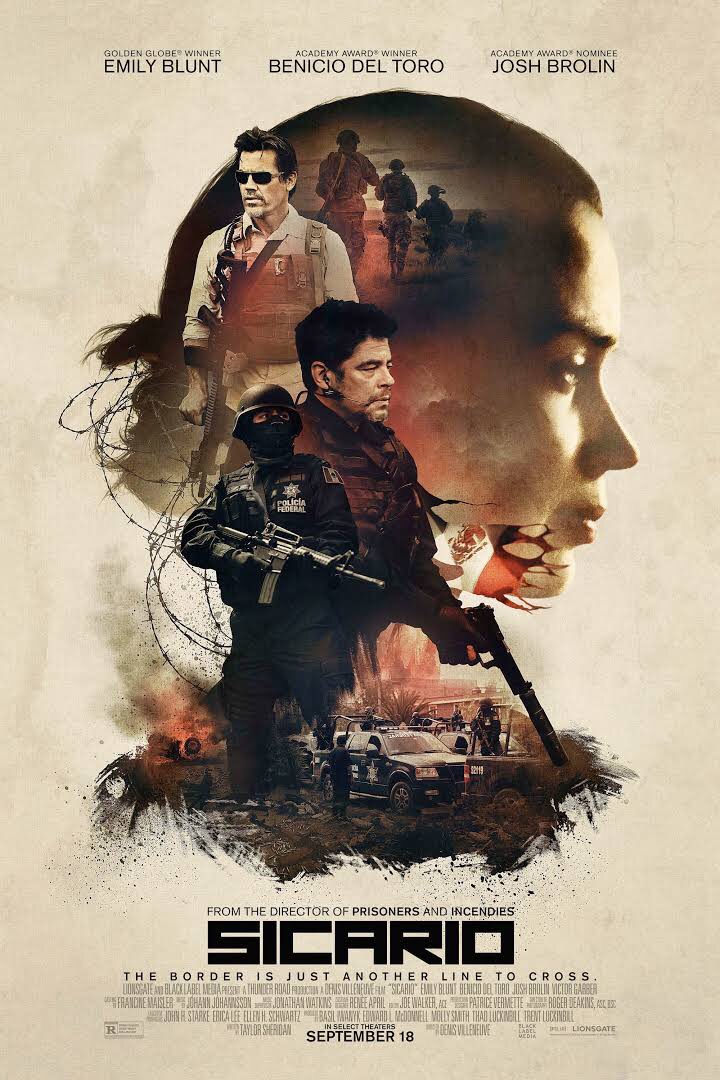 The brilliant Den of Geek were holding a screening at the Prince Charles Cinema thanks to the kind folks at Lionsgate and I managed to nab two tickets to go along.

The film centres around an FBI agent working to bring down a Mexican drug cartel. I’d been looking forward to seeing this as the word on the street had been so positive. Rightly so. From the opening scene our audience were enthralled and enraptured. The soundtrack was jarring, foreboding and incredibly dark, like a horror movie score on crack. Coupled with some beautiful shots from above of the arid landscape, you’re filled with a sense of dread. City scenes have you looking round every corner awaiting attack. The paranoia is contagious.

The cast are spectacular. Emily Blunt is a strong lead; representing the Everyman/woman, with an idea of what’s right and wrong. I expect award season will be a busy one for her. I suspect Benicio del Toro might be busy too. His supporting role is perfectly understated and seriously creepy.

It’s not all doom and gloom though; just as in life, the most surreal and awkward situations present the funniest moments. Despite feeling constantly on the edge, our audience properly chuckled. Look out for the excellent use of a wet finger in the ear.

I genuinely don’t want to spoil the film by revealing anything more. All I can say is go see it. And don’t forget to breathe.

Sicario is released in the UK today, 8th October 2015.