As the nights start to draw in, it’s the perfect time to get comfy with your beloved/fluffy pet/preferred beverage on the sofa and watch some great TV. Here are my picks from the past few months:

I loved this series and was delighted to have season two back on my screen. It felt slightly different of course; the effects of the on-pitch brawl last season (not a spoiler – the first series actually begins with it) are still being felt, athletes and coaches are reactive to their portrayals on screen and the associated ‘fame’ that goes with it and the breakaway star (and heart) of it all, Miss Brittany Wagner, announces she’s leaving. It hammers home the last chances for the athletes, with some overcoming their past and some unable to escape the cycle they’re stuck in. Expect tears.

Nobody Speak: Trials of the Free Press

A documentary on the Gawker vs Hulk Hogan case that saw Hogan winning $140 million in damages. It starts with a simple sex tape/invasion of privacy ruling and ends in the destruction of a company with multi-millionaires funding lawsuits to effectively silence dissenting or critical voices. It’s a fascinating (and sometimes flawed) look at the American legal system and first amendment rights and the scary AF notion that people with all the money can win at everything. 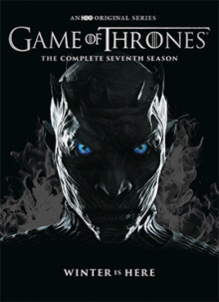 The greatest show on Earth. No, really. I don’t think there’s enough hyperbole to describe this season. It had e v e r y t h i n g with some episodes taking my breath away and others making me shout at the television like a hooligan. The production, the cinematography, the special effects, the budgets (!) are incomparable to anything else out there on television right now. Forget that it’s a fantasy series and forgo the snobbery of people who proclaim they’ve never seen it (it doesn’t make you a better person y’know *eye roll*) to envelope yourself in winter. It’s not coming, it’s here. 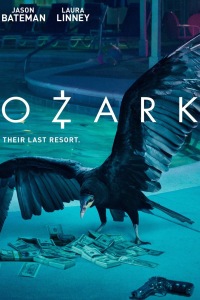 Imagine Breaking Bad without the drugs, cancer and science in the desert, add the Ozarks (actually filmed in Georgia for the tax breaks) and money laundering and brilliant performances from Jason Bateman and Laura Linney. Seriously good.

An eighteen year old decides to start dating throwing his family into chaos at his new found independence. Not unusual but it presents challenges as he is also is on the autistic spectrum. It’s funny, touching and insightful to life with autism – as much as it can be – with penguins. I love the relationship between brother and sister too: “My sister doesn’t let anyone beat me up. Except herself.” 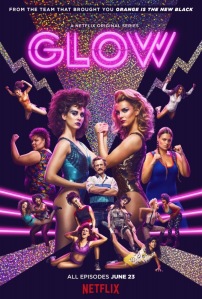 This had me laughing out loud alone. A quirky look at the Gorgeous Ladies Of Wrestling with a fantastic retro soundtrack and heartwarming performances. Watch it for the brilliant costumes and parody of stereotypes, stay for the sisterhood.

How The World Made America

I really wish I could make every single racist bigot watch this and then see their ideology crumble. A fantastic series documenting the immigration patterns of different ethnic groups from across the world to the US, merging with historical events. The interviews with descendants of key figures in the making of America are fascinating. It poses the question of what is it to be American, and can you be anti-immigrant when your entire nation is founded on the backs of those very same immigrants?